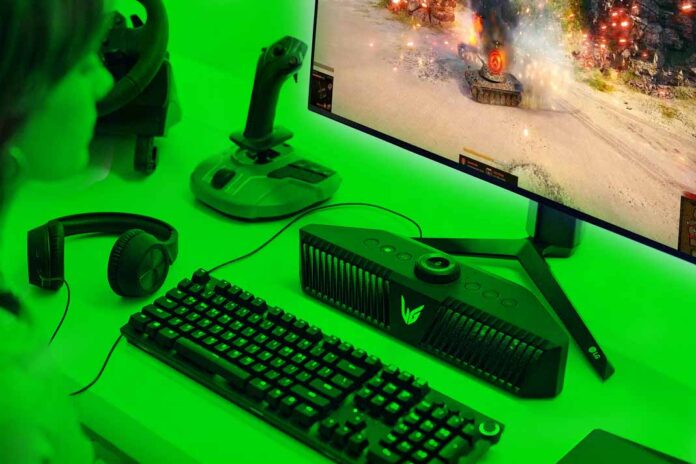 There’s a lot of discussion around the web these days on whether or not gamers should update to Windows 11. The big question is whether or not the new update is trustworthy.

Windows 11 has some great features for gamers, including DirectX 12 support and a built-in game mode. But there have also been some reports of glitches and other problems with the new update.

So is it worth it to make the switch? In this blog post, we’ll discuss why gamers should update to Windows 11 and the potential pitfalls that may lead to a bad experience.

Will Windows 11 improve your game?

With Windows 10, Microsoft made significant changes to how the operating system works. The OS has led to mixed reviews from users, with some saying that it has improved their gaming experience while others claim that it has caused more problems than before.

Windows 10 was designed with gaming in mind and included several features that are specifically intended to improve performance for gamers. These include DirectX 12, Game DVR, and Game Bar. However, many gamers have found that these features do not work as well as they had hoped and that Windows 10 causes more problems than it solves.

Microsoft is aware of these issues and is working on fixing them with the release of Windows 11. The company has promised to improve performance for gamers with this new version of the operating system.

In our experience, we found this to be true. We were able to play Far Cry 5 without any issues on Windows 11 Pro, while on Windows 10, we experienced frequent crashes and other problems.

We installed the game on two different PCs. Far Cry 5 is a visual masterpiece.

We noticed some improvement in performance by using Windows 11 over Windows 10. We ran the game with all in-game settings set to their highest levels and had no issues. We experienced a few crashes during gameplay. The software installation was flawless. The game ran fine with the right graphics card, but we believe that the Nvidia GeForce RTX 2080 Ti GPU and Intel Core i7-8700K CPU are required to run the game at their best.

Windows 11 also includes support for virtual reality headsets. It will allow users to immerse themselves in a virtual environment while continuing to use their PC for other tasks. VR headsets will display content from the user’s PC, and users will be able to interact with that content using their hands.

The UI Changes Are Nice but Ultimately Minor

Windows 11 has been released to the public, and people have mixed reactions. While many appreciate the minor improvements Microsoft has made over Windows 10, and others feel that the changes are not enough.

The Start Menu has been updated with a new design and more options for customization. Users can now resize tiles, pin their favorite programs to the top of the menu, and choose between a light or dark theme.

The Taskbar has also been redesigned with new icons and an improved search function. Users can now right-click on any program icon to access its jump list, which contains a list of tasks that can be completed with that program.

These UI changes are nice but ultimately minor. They don’t address the biggest complaints about Windows 10, such as its privacy issues and aggressive updates.

It’s Mostly Stable in Our Testing

We have found a few issues with the update so far, but for the most part, it is running smoothly. One of the main benefits of Windows 11 is that it is more stable and secure than previous versions of the operating system. The new security features make it difficult for hackers to access your computer, and the stability improvements mean that your computer is less likely to crash. Overall, we are happy with Windows 11 and recommend that you upgrade as soon as possible.

When it comes to choosing the best Windows edition for gaming, you have two options: Windows 10 or Windows 11. So, which one is better?

Windows 10 is a more versatile operating system and offers better performance for gaming than Windows 8 or 8.1. It also has a more user-friendly interface that makes it easy to use. However, Windows 11 offers even better performance for gaming and is more responsive overall. It also has several features not available in Windows 10, such as DirectX 12 support and Game Mode.

How to Upgrade to Windows 11?

Windows 11 is the latest OS from Microsoft. This new operating system offers many changes and improvements over its predecessor, Windows 10. If you’re looking to upgrade to Windows 11, there are a few things you need to know.

The process of upgrading is relatively straightforward. However, it’s always good to back up your data before starting an upgrade process.

Windows 10 has been out for a while, and many people wonder if they should update to Windows 11. Gaming is essential for many computer users, so this question is valid.

Read Also: Should I Upgrade CPU or GPU First?

Best Monitor For Autocad On The Market Today

What Is the Difference Between a Chromebook and A Laptop?

ABOUT US
Provaat is a participant in the Amazon Services LLC Associates Program, an affiliate advertising program designed to provide a means for website owners to earn advertising fees by advertising and linking to amazon (.com, .co, .uk, .ca, etc) and any other website that may be affiliated with Amazon Service LLC Associates Program. We provide you with the latest reviews and info's from the modern world.
FOLLOW US
© 2018-2022 | All Right Reserved By Provaat
Go to mobile version